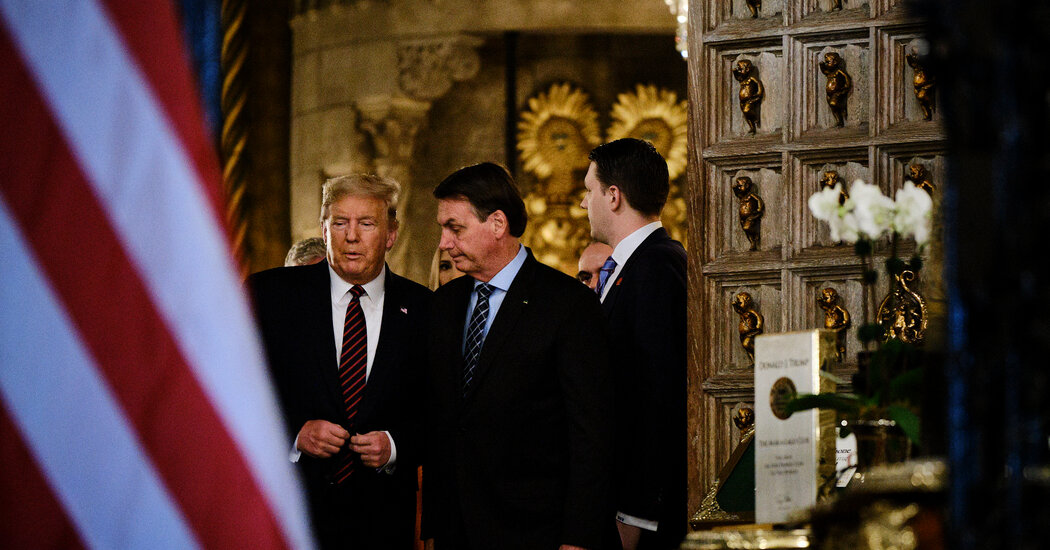 WASHINGTON — The United States and Brazil have reached an agreement on a limited trade deal that will facilitate commerce between the countries, strengthen regulatory practices and crack down on corruption, officials from the two countries announced Monday.

The pact, the latest in a series of “mini” trade deals inked by the Trump administration, follows seven months of negotiations between the United States and Brazil, and comes as President Trump is eager to rack up trade wins ahead of the Nov. 3 election. But it’s unclear how much the new deal will boost trade between the countries, given its limited scope.

Speaking from an event hosted by the U.S. Chamber of Commerce on Monday, President Jair Bolsonaro of Brazil said the deal would open “a new chapter” in the relationship between the two countries. He said that Brazilian and U.S. officials had completed negotiations “in record time” on a package that would “slash red tape and bring about even more growth to our bilateral trade.”

The announcement follows a series of other small-scale trade deals announced by the Trump administration, including with Japan, China and the European Union. Unlike a comprehensive free trade deal, these smaller deals do not require the approval of Congress, which can stall an agreement for many months, or sink it entirely. The Trump administration has also sought a limited trade deal with India, but has so far failed to reach an agreement.

The deals have provided a series of quick wins for the Trump administration, and quick gains for American farmers, ranchers, lobstermen and other sectors Mr. Trump has sought to support. But they have also attracted criticism from the business community for leaving out many sectors of the economy, especially those where trade negotiations tend to be most difficult. Business leaders have urged the administration to continue to negotiate toward more comprehensive trade deals.

The administration has not yet released details on the Brazil deal, but it appears to be smaller still than agreements signed with China and Japan. It focuses on trade facilitation, or aligning the methods the two governments use to process goods passing over their borders, with the aim of making it easier for companies to trade between the countries. It will also reduce regulatory barriers to trade and strengthen rules to root out corruption.

Myron Brilliant, the executive vice president and head of international affairs at the U.S. Chamber of Commerce, said on Monday that the new deal with Brazil would “support commerce, growth, and job creation in both countries.” However, he added, the countries had much more to do on key priorities, including digital trade and express shipments.

“We ask both governments to return to the negotiating table as soon as possible to leverage the positive momentum of today’s announcement,” he said.