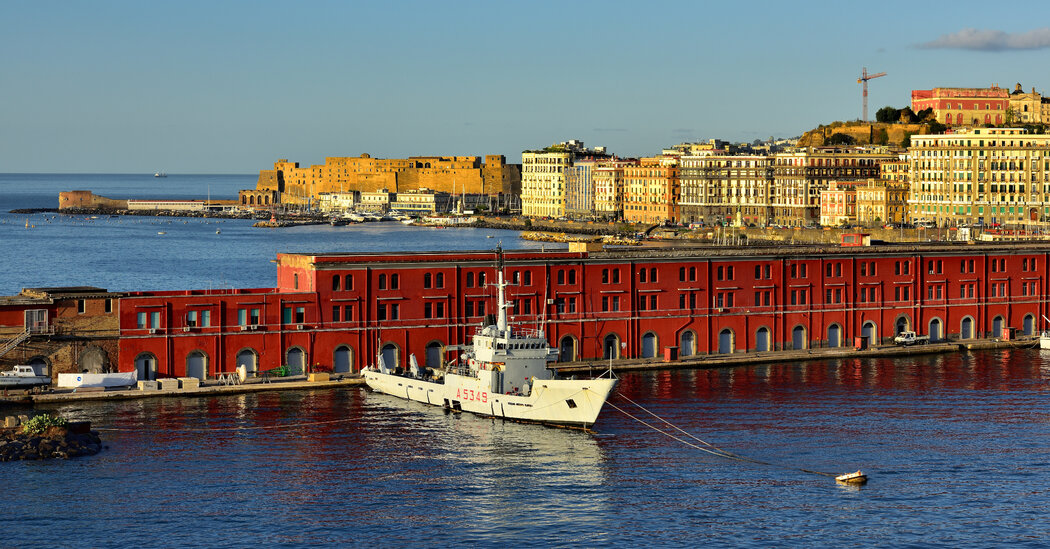 “We repaired the Libyans’ weapons despite the embargo,” said one engineer from the Caprera, in a phone call tapped by the police. “If this gets out, it’s a mess.”

The Italian Navy declined to comment — on either this or any other aspect of the situation.

The smuggling operation on the Caprera took shape in the spring of 2018, when sailors from the engineering department of the ship slowly filled a workshop with sacks of cigarettes. The contraband, bought in Libya, could be sold in Italy for a large markup by skirting high import duties.

A key piece of evidence for investigators are photos from a farewell party in May for Marco Corbisiero, the ship’s chief engineer, who finished his deployment aboard the Caprera before the rest of the crew. Photographs shared on the ship’s WhatsApp group showed a grinning Mr. Corbisiero sitting before a large chocolate cake baked in his honor.

Behind him were several sacks of contraband cigarettes.

Text messages and transcripts of phone calls tapped by the police later that year indicate that Mr. Corbisiero, now 44, was a key figure in the smuggling plan, prosecutors say. Mr. Corbisiero is one of the five sailors on trial in Brindisi; his lawyer, Fabrizio Lamanna, said his client had been made a scapegoat in the case.

Since late 2017, bank records showed that he received tens of thousands of dollars from private individuals, including Italian sailors, payments that investigators believe were advance fees for contraband cigarettes. Mr. Corbisiero would have stood to earn nearly $120,000 from selling the cigarettes — about $90,000 more than they cost to buy in Libya.

The majority of cigarettes were loaded onto the Caprera after Mr. Corbisiero had left the boat. Before his departure, crew members could easily move around the workshop where the cigarettes were hidden. By the time the Caprera arrived in Brindisi, the room was so full of cigarette sacks that the police officers who seized the ship could barely enter it.

No locally transmitted Covid-19 case in Taiwan in 200 days