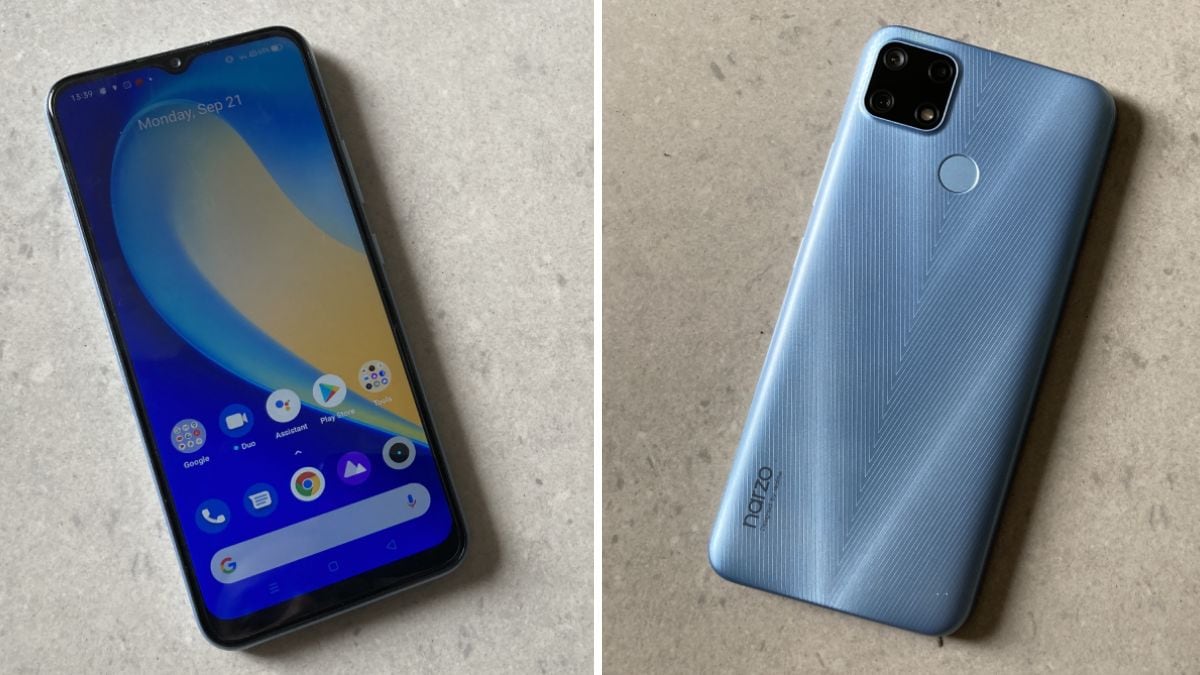 Realme unveiled three new smartphones yesterday, the Narzo 20A, Narzo 20, and Narzo 20 Pro. This family ranges in price from Rs. 8,499 to Rs. 16,999, and today we’re going to be looking at the middle of the pack. The new Realme Narzo 20 is priced starting at Rs. 10,499 which is likely to mean it will get a lot of attention. Its main selling points are a 6000mAh battery and relatively powerful processor. Realme says that its Narzo series prioritises performance, especially for those who love gaming, and so this phone could stand out agains competiton from Xiaomi, Motorola, and others.

However, Realme continues its confusing strategy of bombarding the Indian market with multiple similar phones in each price segment. Although the Realme C series, number series, and Narzo sub-brand are all supposed to serve different audiences, many of these phones have a lot of overlapping features and specifications, and also largely look the same. That could end up confusing buyers.

I have the Realme Narzo 20 with me already, and it’s time to take a quick first look at its features and specifications.

First of all, the Realme Narzo 20 looks very similar to the Realme C12 and C15, which were launched slightly over a month ago. It has the same body, with exactly the same dimensions and weight as its cousins. The squarish camera module design is virtually identical, except for the placement of the lenses and flash. All the buttons and ports are in the same places, and so are the SIM trays and fingerprint sensors. Even the colour options are the same – blue and silver.

What’s different is the fact that the Narzo 20 has a USB Type-C port on the bottom rather than Micro-USB. There’s also a new pattern on the rear; a ribbed V-shape that’s actually quite subtle and helps with grip. The Victory Blue and Victory Silver options are fairly mild; not the usual bright, attention-grabbing finishes we’ve seen everywhere of late. The colour shifts slightly as you tilt the phone, and the matte texture is unlikely to pick up fingerprints or smudges.

The Narzo 20 is slightly bulky and unwieldy, at 208g and 9.8mm thick. That’s largely thanks to its 6000mAh battery, and we think a lot of people will be okay with that tradeoff. Realme includes an 18W Type-C charger and reverse charging is supported.

There’s a 6.5-inch HD+ (720×1600-pixel) screen with a waterdrop notch at the top for the 8-megapixel front camera. While you might want a full-HD+ screen, and you can get one at this price level, this is another tradeoff that Realme has made. In everyday use, the screen is adequately sharp, and more than good enough for reading text, watching videos, and playing games.

Where the Narzo 20 stands out most compared to the Realme C12 and C15 is its processor. You get bumped up from the MediaTek Helio G35 to the newer Helio G85 which should definitely make this phone snappier and better suited to gaming. I’ll have detailed test results and a performance overview in my full review, coming up soon. For now though, I have no complaints with how this phone handles basic Android apps. 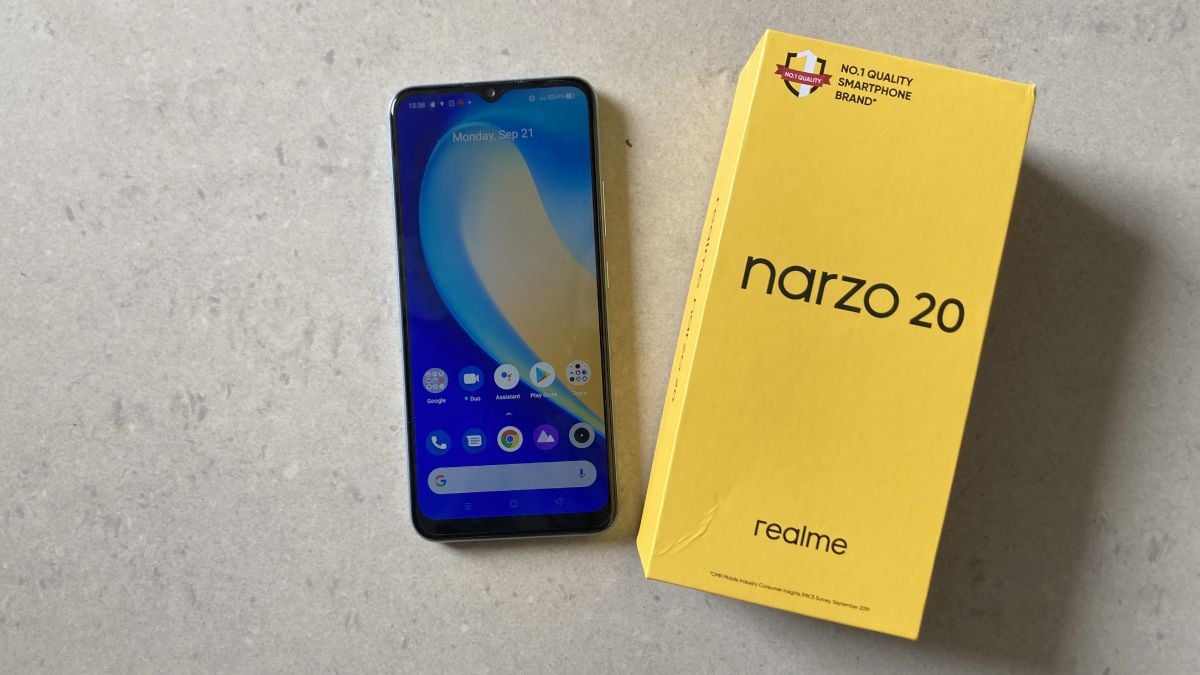 You get three rear cameras, not the “quad cameras” that most phones boast of – extra cameras are not usually very useful but they do make for good advertising. There’s a 48-megapixel f/1.8 main camera along with an 8-megapixel f/2.3 wide-angle camera and a 2-megapixel f/2.4 macro camera. It will be interesting to see whether the lack of a dedicated depth sensor makes a big difference to portrait shots. Of course we’ll have a thorough rundown of camera quality in the full review.

It seems that the Realme Narzo 20, priced starting at Rs. 10,499, will bump up against the Narzo 10 (Review). The slightly older model sells for Rs. 11,999 with 128GB of storage, a better front camera, and a fourth monochrome camera, but a smaller battery and slightly lower-powered processor. There’s also some price overlap with the Realme C15, which has different cameras and a weaker processor, but very little else that’s different.

The new Narzo 20 seems to have good capabilities for the price, but it risks being drowned in a sea of very similar models. If you’re confused about Realme’s lineup, you aren’t alone. However, our full review will help you sort through the various options available, so do stay tuned to Gadgets 360.

Xiaomi Makes a Commitment to Reduce Plastic, but Not Quite Like Apple

Oppo A33 (2020) Price in India Leaks Ahead of Imminent Launch