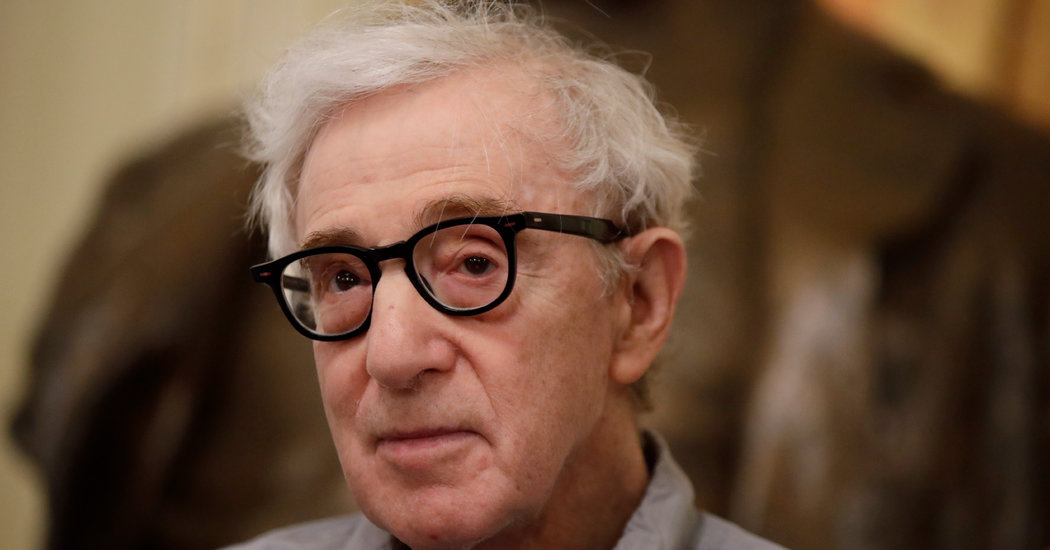 Dozens of Hachette Book Group employees left work Thursday afternoon, protesting the company’s decision, which it announced earlier in the week, to publish an autobiography by Woody Allen.

The publisher said on Monday that Mr. Allen’s book, titled “Apropos of Nothing,” would come out under its Grand Central imprint on April 7. It described the book as “a comprehensive account of his life, both personal and professional,” that would cover “his relationship with family, friends and the loves of his life.”

But the announcement drew criticism because of the allegations that Mr. Allen molested his adopted daughter Dylan Farrow. He has denied the accusations and wasn’t charged after two investigations decades ago.

A Hachette spokeswoman said in an email Thursday evening: “We respect and understand the perspective of our employees who have decided to express their concern over the publication of this book. We will engage our staff in a fuller discussion about this at the earliest opportunity.”

An employee at Hachette who participated in the walkout estimated that more than 100 protesters eventually gathered in Rockefeller Plaza, outside the publisher’s New York offices. The employee said that while the protesters were outside, others at Hachette met with Michael Pietsch, the company’s chief executive, to make three demands of him: to cancel the publication of Mr. Allen’s book; to publicly apologize; and to recognize that Hachette employees have the ability to speak up about books they disagree with without fear of reprisal.

Juliana Horbachevsky, an assistant director of publicity at Hachette, could not be reached for comment Thursday, but an email automatically sent in response from her account included this statement: “This afternoon, the staff of Little, Brown and Company will be walking out of the Hachette New York offices in protest of Woody Allen’s forthcoming memoir. We stand with Ronan and Dylan Farrow and survivors of sexual assault.”

One of the most vocal critics of the book deal was Mr. Allen’s son and Ms. Farrow’s brother Ronan Farrow, whose best-selling book “Catch and Kill” was published last year by Little, Brown, a Hachette imprint. On Wednesday, he slammed Hachette’s decision to publish Mr. Allen’s book and said he would no longer work with the publisher. (Little, Brown has been without a top editor since Reagan Arthur was named publisher of Alfred A. Knopf in January.)

Mr. Pietsch, in an interview Tuesday, defended the decision to publish Mr. Allen’s book and said the company’s imprints don’t interfere editorially with one another. “Grand Central Publishing believes strongly that there’s a large audience that wants to hear the story of Woody Allen’s life as told by Woody Allen himself,” he said. “That’s what they’ve chosen to publish.”

The free-speech nonprofit PEN America defended the Hachette workers’ right to protest, as well as the company’s right to publish the book.

“We believe everyone — including authors and publishing employees — has the right to express their opinions and raise their voices in protest. That said, we also are concerned about the trend of pressuring the withdrawal of books from publication and circulation, depriving readers of the chance to make their own judgments and disincentivizing publishers from taking on contentious topics,” Suzanne Nossel, its chief executive, said in a statement. “While we don’t take a position on the editorial judgments in question, we think that once a book is slated for publication, it should not be withdrawn just because it’s controversial or gives rise to vociferous objections.”