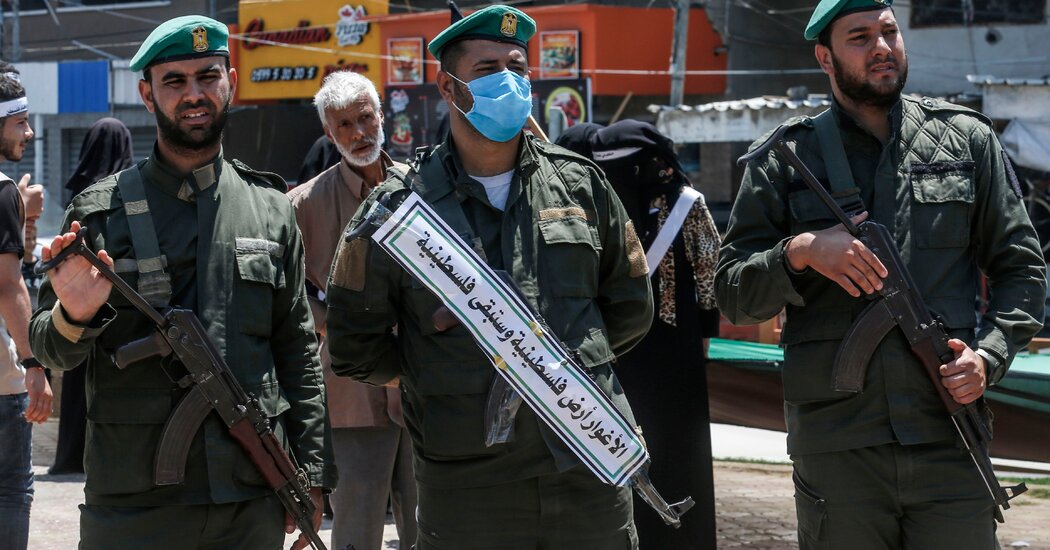 JERUSALEM — Palestinian military prosecutors in Gaza have charged three Palestinian peace activists with “weakening revolutionary spirit” for their role in holding a video call with Israelis in April.

The activists belong to the Gaza Youth Committee, which organized the virtual discussion as a part of a bridge-building initiative that they named “Skype With Your Enemy.” The decision to press charges defied the calls of several human rights organizations, which have repeatedly demanded that the activists be released after being detained in April by Hamas, the militant group that controls Gaza.

The Palestinians could face years in prison in addition to hard labor, said Raji Sourani, the director of the Palestinian Centre for Human Rights, the Gaza-based group representing them. The charges were filed last week but made public on Thursday by human rights groups.

The video call drew more than 200 participants on Zoom, but was highly criticized by Palestinians in Gaza who oppose befriending Israelis. Hamas responded by arresting Rami Aman, the leader of the Gaza Youth Committee, and several others who had participated in the call.

Authorities in Gaza did not immediately respond to requests for comment on Thursday.

In an April Facebook post, Iyad al-Bozm, the spokesman for the Hamas-run Interior Ministry, accused the activists of participating in a “normalization activity” and declared any communication with Israel “a crime punishable by law and a betrayal of our people and its sacrifices.”

While Hamas permits Palestinian merchants, Palestinian Authority officials, ill persons and some other groups to communicate with Israelis, it has taken a hard line against Palestinians engaging with Israelis on a sociopolitical level.

Five months after their arrest, two of the three activists who have been charged, Mr. Aman and another man whose name has not been made public, are still in jail, while the other, Manar al-Sharif, was released on bail in late June, according to the Palestinian Centre for Human Rights.

The case “is part of a pattern of Hamas authorities arbitrarily arresting activists for their peaceful free expression,” Mr. Shakir said. “The fact that they are now prosecuting them after more than five months of detention compounds this injustice.”

Mr. Sourani took issue with the decision to charge the activists in a military court. “The natural court for civilians is a civilian court. Period,” he said, adding that achieving justice in a military court amounts to “mission impossible.”

The nearly two-hour video chat, held in English, drew participants from Europe and the United States, in addition to Palestinians and Israelis. It gave left-leaning Israelis, mostly in their 20s and 30s, a rare chance to hear directly from a handful of Gaza residents about life under the Israeli-Egyptian blockade.

Mr. Aman said the youth committee’s goal was to build a new generation of leaders who believe in making peace. And he encouraged the Israelis to do the same: “Be active, guys,” he told them, urging the Israelis to run for Parliament. “Go to the Knesset, be ministers.”

A family member of Mr. Aman, who has visited him in jail several times, said his condition has been deteriorating, that he has lost weight and is showing signs of depression. “He’s in a very difficult state,” said the family member, who spoke on condition of anonymity. “It’s really concerning for us.”

Dinner off as Italy closes restaurants early in virus crackdown