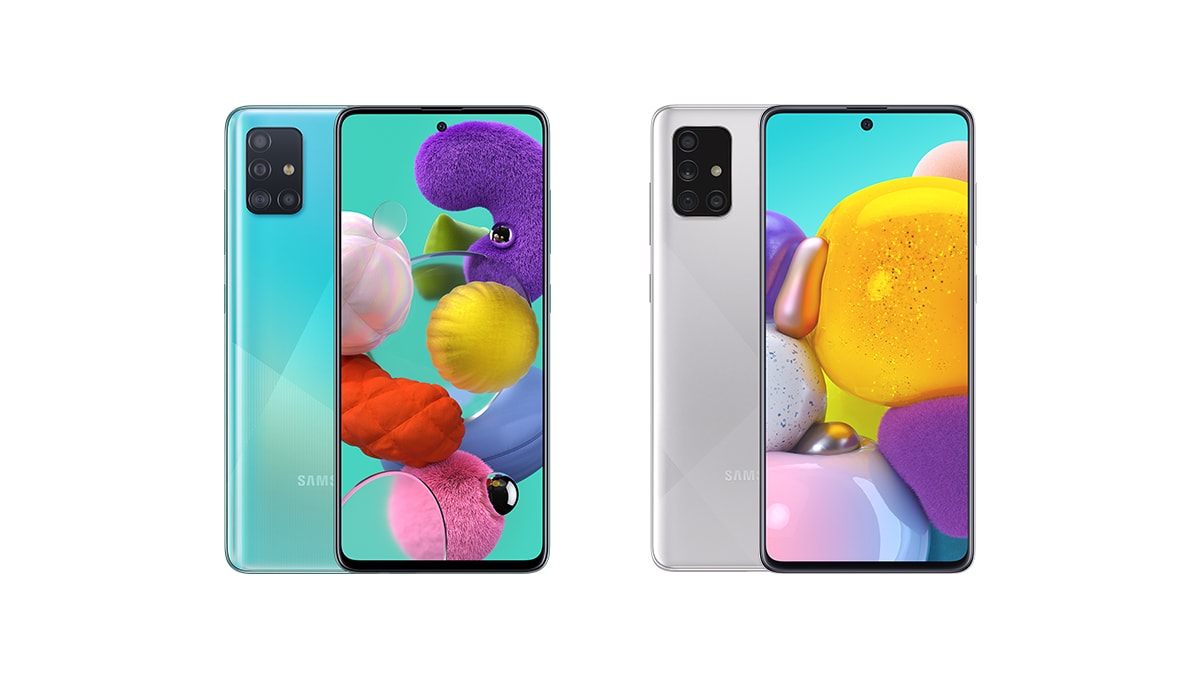 Smartphones are getting more powerful every year, while we continue to rely on them for getting things done. The need of the hour, especially as we adjust to our lifestyles in the new normal, is to use a smartphone that’s powerful enough for work and play, and still on the affordable side.

Until now, most of the powerful and innovative features on smartphones were limited to very expensive flagship variants. Samsung is now bringing its innovative smartphone features to more people, making flagship-level experiences more accessible to everyone around the world with its Galaxy A series.

Samsung’s Galaxy A series smartphones feature everything from large displays to powerful internals. This lineup of smartphones packs exciting features in a unique package that’s more affordable and attractive. With a fresh update, Samsung is also bringing flagship features from its popular Galaxy S20 series to some of the Galaxy A series phones. 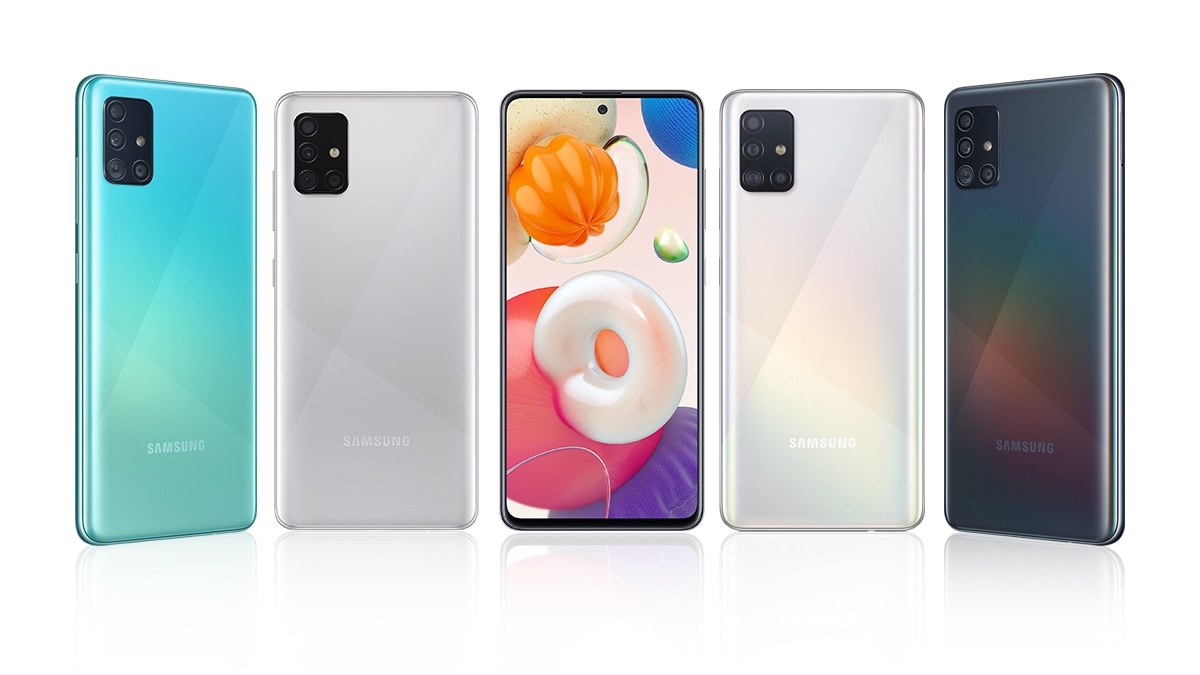 Cameras have become the most-used feature on our smartphones over the year. From capturing and sharing our daily lives on social media to scanning those important documents while working from home, the cameras on our smartphones make everything possible. With this growing need, there’s also a demand for more innovative smartphone cameras.

Samsung Galaxy A series phones such as the Galaxy A71 and Galaxy A51 now come with camera features that were previously available on the company’s flagship Galaxy S20 series. These cameras are powered by sensors that help you capture stunning photos with your phone. With Galaxy A series smartphone cameras, you’ll be able to capture your special moments, be it in photos or videos, in a crisp and clear way.

The cameras on the Galaxy A series phones have everything expect from a powerful smartphone, and more. You can capture beautiful photos, tweak them with useful AI-powered features, and quickly share them with your loved ones. From making you the next big social media star to helping you get work done, these Galaxy A series cameras are capable of just about everything.

Samsung Galaxy A series phones feature bigger displays that offer a vivid colour, thanks to Samsung’s Super AMOLED Infinity Display. You get more screen space and fewer distractions, so that you can enjoy your favourite content when you’re on the move.

Whether you’re catching up with your favourite TV shows, or browsing through the photos on your phone, the Infinity-O display offers an immersive viewing experience. The powerful display enhances colours in a way that it makes everything look so real.

That’s not all, Samsung Galaxy A series phones also support fast charging options. This ensures you can quickly charge your phone’s battery, and get moving. You don’t have to spend a lot of time keeping your phone tethered to a power adapter.

We use our phones for both work and play, and we cannot stand them slowing us down. Samsung Galaxy A series phones are powered by powerful mobile chipsets that enable a smooth and fast apps performance so that you can live your life without any interruptions. From working on those important documents to playing your favourite mobile games, Samsung Galaxy A series phones can help you get everything done. 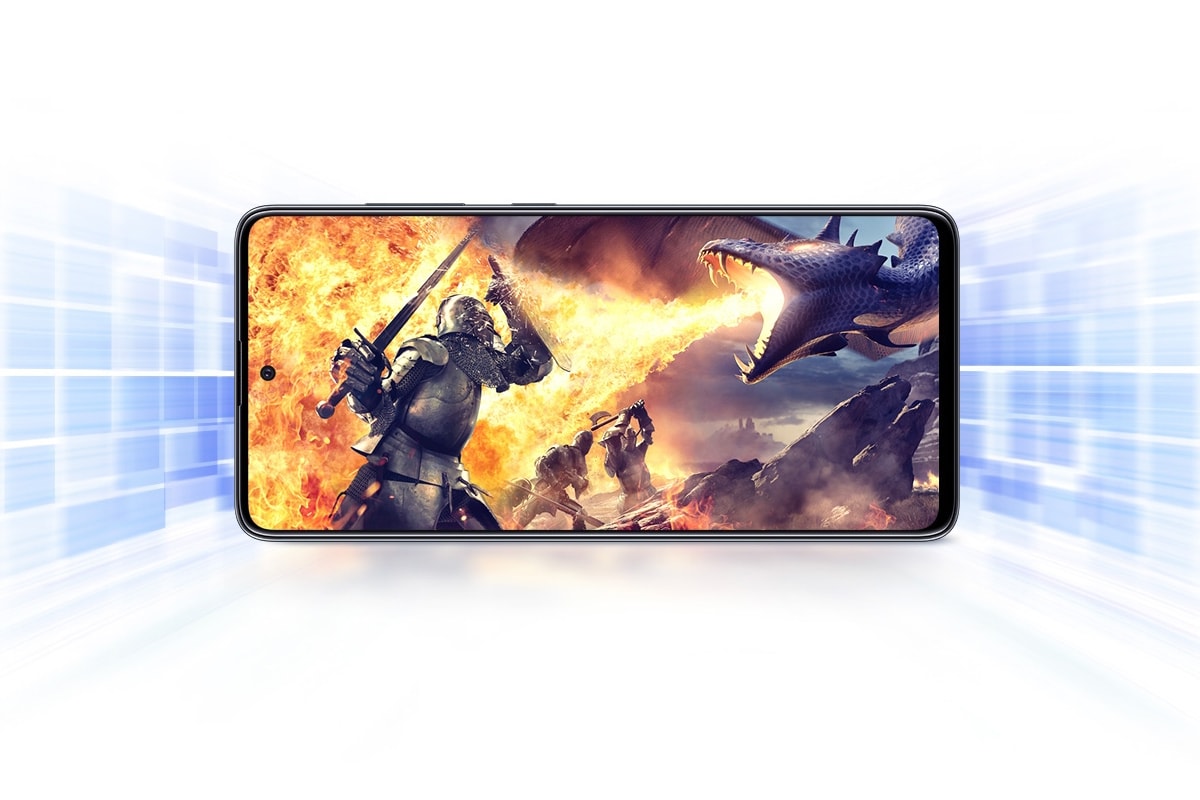 The experience is further elevated by equally powerful software, built on top of the latest edition of Android. One UI promises a smooth, highly immersive user experience that lets you get things done without a hiccup. From firing up your favourite apps to performing basic tasks on your smartphone, the new Galaxy A series phones are equipped with the right set of hardware and software.

Samsung Galaxy A71, Galaxy A51 Support the AltZLife

We’re living in the new normal, where it’s absolutely essential to keep your private things private, while still being able to share your devices. Samsung’s AltZLife updates helps young smartphone users keep their personal moments hidden inside a secure folder, so that when they share their phone with their loves ones, they’re not able to access personal data. AltZLife is the way to have the best of both worlds. The feature is powered by on-device AI that ensures your data doesn’t leave your device. You can quickly turn it on by double-pressing the power button once you’ve set it up. 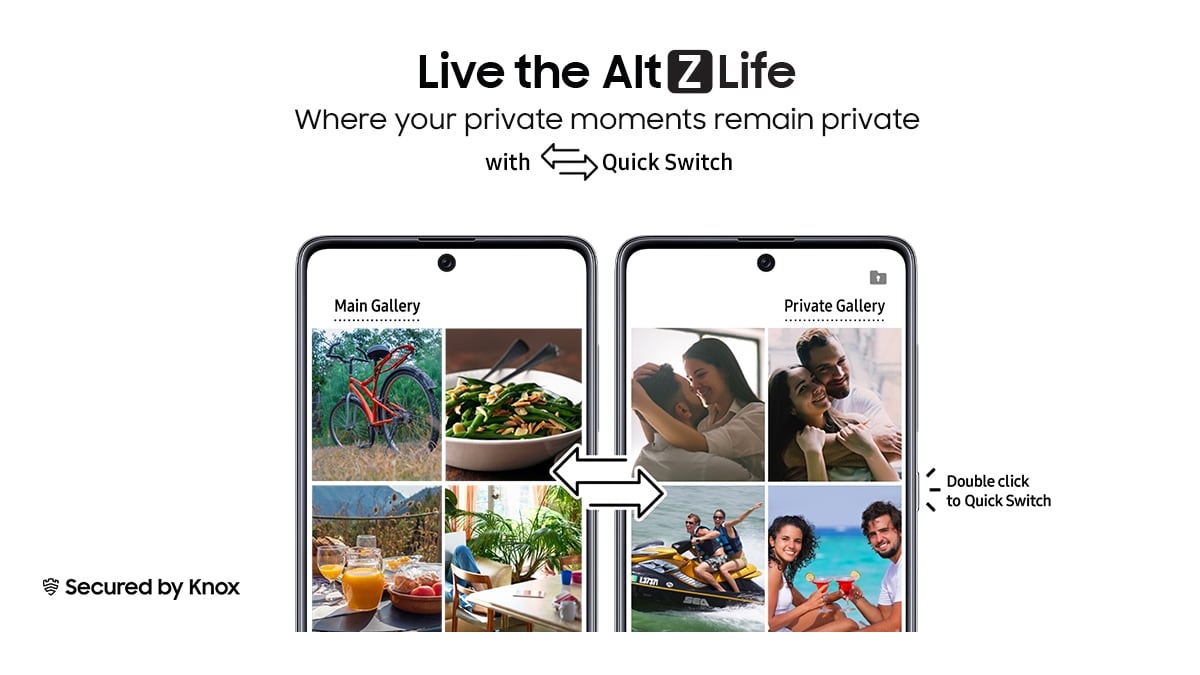