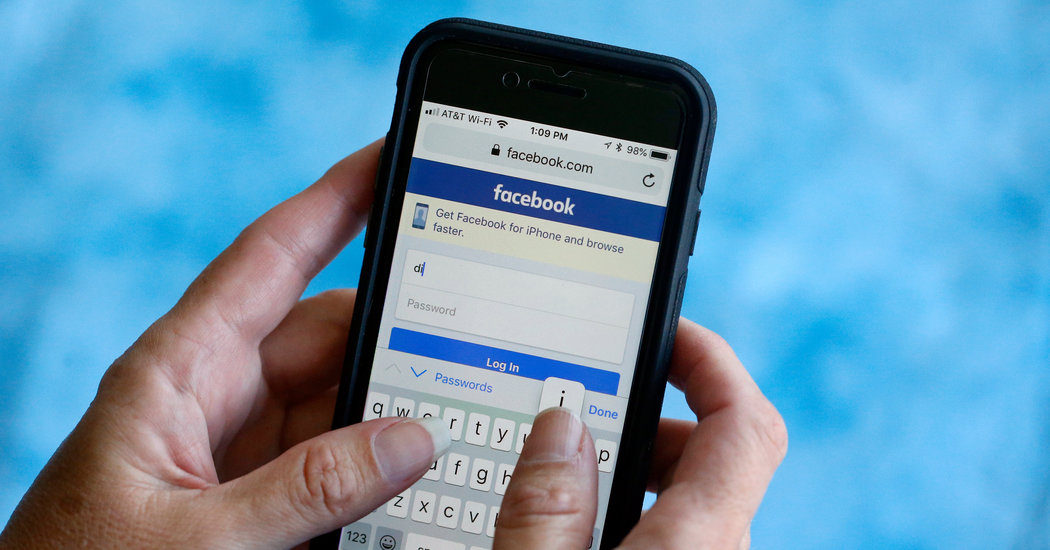 WASHINGTON — New opponents confronted Facebook on Wednesday as it moves forward with a plan to encrypt all of its messaging platforms: child welfare advocates who said that encryption would allow child predators to operate with impunity across the company’s apps.

“Facebook has a responsibility to work with law enforcement and to prevent the use of your sites and services for sexual abuse,” a group of 129 child protection organizations, led by the National Society for the Prevention of Cruelty to Children, said in a letter to the Silicon Valley company. “An increased risk of child abuse being facilitated on or by Facebook is not a reasonable trade-off to make.”

The letter indicates how activists and law enforcement agencies have seized on child exploitation as a new way to combat the expanded use of encryption in consumer technology.

The Justice Department and its counterparts in Britain and Australia previously used the threat of terrorist activity to rail against encryption, saying that tech companies were shielding malicious and dangerous criminals. But they have recently shifted their focus to child exploitation as tech companies have made good on plans to make it harder to see or stop illicit activity on those platforms.

In a statement, Facebook said, “Encryption is critically important to keep everyone safe from hackers and criminals.” The company said it was building safety measures for children and working closely with child safety experts.

“We have led the industry in safeguarding children from exploitation and we are bringing this same commitment and leadership to our work on encryption,” Facebook said.

Facebook has been grappling with its role in the explosion of online child pornography. In 2018, tech companies reported more than 45 million online photos and videos of children being sexually abused. Facebook accounted for more than 90 percent of the abusive photos and videos that tech companies flagged that year. Once Facebook Messenger — the company’s main source of such imagery — is fully encrypted, it will be nearly impossible for Facebook to detect such images.

Tech companies said they had found other ways to combat abuse of their services, even if they introduce encryption. Those methods include scanning and matching the profile photos of users to those of known predators, as well as relying on user reports and complaints. WhatsApp, which is already fully encrypted, has said it bans more than 250,000 users every month for posting imagery of exploited children.

The scope and severity of online child pornography has grown exponentially along with the rise of social networks.

It is possible to find images and videos of children as young as infants being raped and abused online, and some services allow people to watch pay-per-view live streams of assaults of victims from around the world. Many victims live in fear of being recognized, thanks to the near impossibility of deleting these images from the internet.

It would take nearly every agent at the F.B.I. to pursue every child pornography lead that came into the bureau, according to F.B.I. and Justice Department officials who have fought to obtain information that companies like Apple say they cannot give because of the strengthened security in their products.

In a hearing with the House Judiciary Committee on Wednesday, Christopher Wray, director of the Federal Bureau of Investigation, also criticized Facebook on its encryption plans, calling it a “dream come true” for predators and child pornographers who use the services to traffic in illicit material.

“If Facebook moves forward with the plans that they have at the moment, we will be blinded,” Mr. Wray said. “They will blind themselves and law enforcement.”

Mr. Wray said Facebook should not be able to decide unilaterally to shut out law enforcement, leaving open the possibility that American lawmakers could try to mitigate the problem through legislation, as Australia has done. In 2018, the Australian Parliament passed a bill that required tech companies to provide law enforcement authorities with access to encrypted communications.

“Tech companies like Facebook have a vital responsibility to balance privacy with the safety of vulnerable children,” Priti Patel, the British home secretary, said in a statement on Wednesday. “We have also submitted detailed evidence to the U.S. Senate about these concerns.”

Facebook and other tech companies have received support for encryption from a coalition of civil liberties organizations, techno-libertarian groups and former national security experts, many of whom served in the Obama administration.

While many of these groups agree that there needs to be a balance between public safety and the privacy of people who use technology to communicate, they said encryption was a public good that helps ensure a safer world.

“The future of cybersecurity, robotics, communications and other technologies depends on better encryption,” said Ari Schwartz, managing director for cybersecurity services at Venable.

Law enforcement officials have long been frustrated by this argument. They said companies like Facebook and Apple did not encrypt parts of their services that would make it impossible for users to do things like reset their passwords when they forget them — a decision that keeps those products generally usable and appealing, and makes it possible for law enforcement authorities to see into services such as Apple’s iCloud.

The Week in Business: A Headache for Big Tech