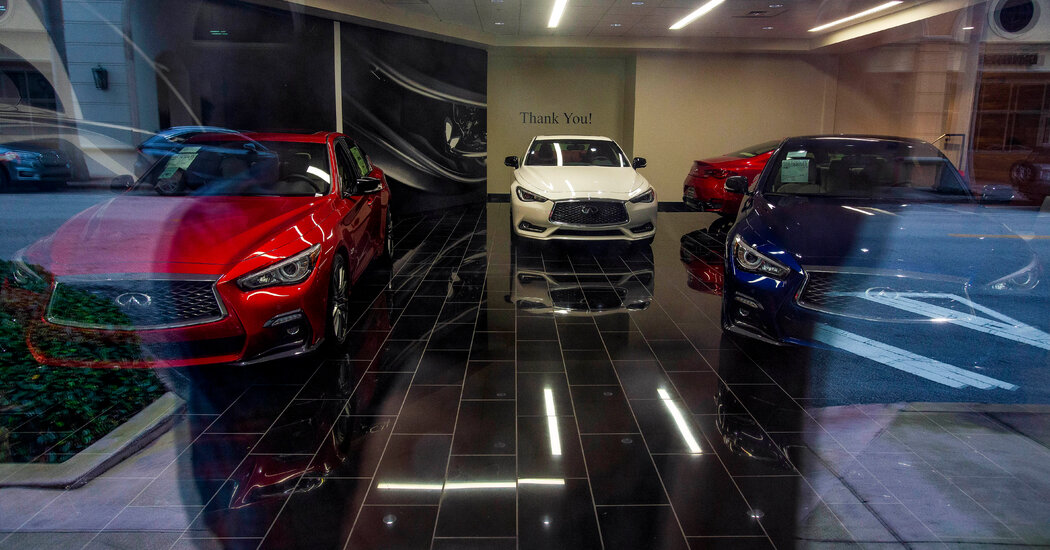 As the U.S. economy rebounded in the third quarter, one sector played a big role: Motor vehicles and parts were selling rapidly, contributing to an overall bounce in durable good spending.

Americans bought $582 billion in automobiles and their components in the last quarter, stated in 2012 dollars, a 17 percent increase from the preceding three months. The category was the biggest single contributor to the growth in goods spending last quarter, based on a Bureau of Economic Analysis breakdown in its gross domestic product report released Thursday.

After falling sharply in the spring amid state and local lockdowns, demand for vehicles has risen as consumers avoided public transit, saved up money that they would otherwise spend on travel or at movies or bars, and shook up routines because of the coronavirus pandemic. Ford Motor on Wednesday reported a big jump in third-quarter profit as sales rebounded after the pandemic shut down dealerships and factories for about two months this spring.

The Federal Reserve’s policies may be helping to bolster the turnaround. The central bank cut interest rates to rock-bottom levels in March, and auto loan rates have edged lower. Yet there is a sharp divide in who can borrow money to buy cars.